Skip to content
HomeMeditations on the Craig Bond Series 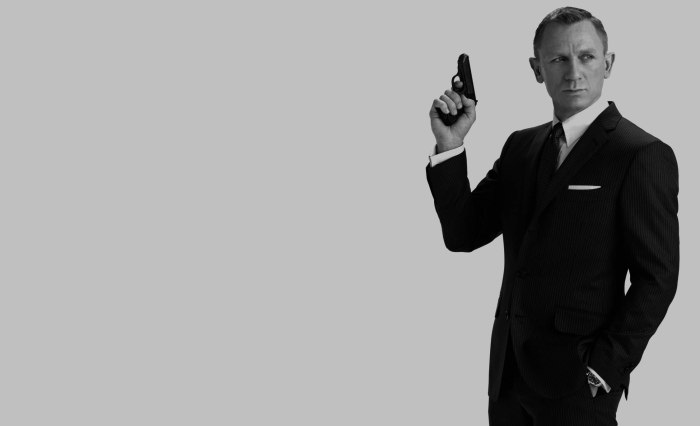 After seeing Spectre a week ago, I decided to re-watch the rest of Craig’s films and rank them accordingly, along with offering a few of my thoughts on the latest series as a whole.  So without further ado, here are my rankings of the Craig films.

The second Craig film isn’t outright terrible in the way of Moonraker or Octopussy, but that’s not necessarily a good thing.  Despite their much-maligned status in most Bond film rankings, those movies offer real (if unintentional) entertainment value.  Quantum, on the other hand, isn’t good or bad enough to be memorable.  It has its moments, mainly in the form of action sequences, but they’re hardly enough.  The best thing I can say about it is that it’s agreeably short, lacking the indulgent bloat of Skyfall and Spectre.  Still, Quantum ultimately gives the same impression as its theme song: that with a handful of tweaks, it could have been quite good, but as is, it’s simply forgettable.

Inside of Spectre is a fun, old-school Bond movie desperate to come out, but who’s constantly reined in by the dark, serious-business nature of the Craig films.  Several classic Bond elements are present – the unstoppable henchman, the villain’s evil lair, and even a gadget – but they’re all smothered by the Craig series’ commitment to doom and gloom.   But despite the identity crisis at its heart, Spectre is at times quite enjoyable.  Christoph Waltz is excellent as the villain in spite of his limited screen time, and provides an organic reason to delve into Bond’s past, unlike the tacked-on climax of Skyfall.  Overall, Spectre isn’t as good as that movie, but it proves to be more consistent.

When I re-watched this, I found myself thinking I’d forgotten how good it was.  After a dynamite opening sequence, we find Bond reluctantly returning to his post at MI-6.  For the first time, we see him aging, out of practice, and vulnerable.  The standard globe-trotting action and seduction that follows isn’t anything new, but it’s tightly paced and well-directed, so much so that I forgave the lame hacking sequences.  I’d completely forgotten why I always thought this movie was overrated.

And then I got to the last act.

Skyfall sadly loses the plot in its final half-hour, which finds Bond retreating to his childhood homestead with M for a trap-filled final showdown against Silva.  It’s all very nice-looking and atmospheric, but it’s just not Bond.  It’s a poor man’s Home Alone, and while I admire it for trying something different, it simply doesn’t work.  Javier Bardem’s Silva, built up as an unstoppable villain for the majority of the film, is dispatched so easily that it feels like an afterthought, and the piled-on pyrotechnics fail to distract from a largely unsatisfying ending.

This shouldn’t come as a surprise to anyone.  Right off the bat, Casino Royale boasts the best Bond theme (sorry, Adele) of the Craig films, and maintains that standard right up to its pitch-perfect ending.

Casino Royale provides a believable and compelling backstory for the James Bond we all know, mainly in the form of love (for real) interest Vesper Lynd.  From its playful beginning to its tragic conclusion, her relationship with James is just as compelling as the mission at hand, and provides a level of emotional investment essentially unseen in other Bond films.

The genius of Casino Royale is that despite its darker, more grounded tone, it’s still very much a Bond movie.  It doesn’t skimp on the glamor, the girls, or the exotic locations – the things that make Bond Bond.  It’s refreshingly original yet pleasingly old-school, a balance that the Craig sequels were never able to replicate.

In short, Casino Royale has the best everything of the Craig Bond movies: the best girl, the best action, the best music, and the best villain.  It has a lighter touch than its increasingly dark sequels, yet it’s far more emotionally affecting.  Casino Royale will be a constant presence on best-of Bond lists for years to come.

One thought on “Meditations on the Craig Bond Series”